ChEARs to 30 Years of the runDisney Walt Disney World Marathon!

<div>In celebration of the 30th anniversary of the Walt Disney World Marathon, we’re sharing a look back at the very first marathon that took place in January of 1994!</div>

Stirring Up Holiday Cheer at Disney Festival of Holidays

<div>Festivals and Outdoor Ventures cast member Alex Fuentez-Cardenas has a passion for dreaming up specialty beverages, a talent that is on display during Disney Festival of Holidays at Disney California Adventure park through Jan. 8. The celebration of Christmas, Navidad, Hanukkah, Diwali, Kwanzaa and Three Kings’ Day includes food and beverage offerings representing these diverse […]</div>

<div>Check out the new book “Black Panther: Wakanda Forever: The Courage to Dream,” an original story inspired by the new film and written by Frederick Joseph and illustrated by Nikkolas Smith.</div>

Celebrate ‘Avatar: The Way of Water’ with New Products, Experiences

<div>Return to Pandora: The World of Avatar and immerse yourself in the underwater world of “Avatar: The Way of Water” with these new products and experiences!</div> 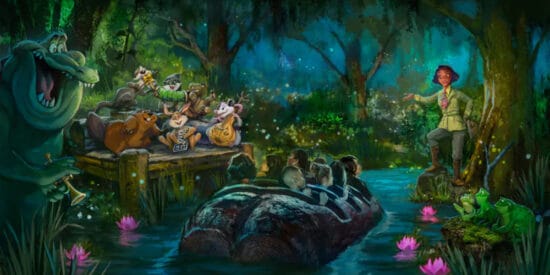 Walt Disney Imagineering just shared the first look at the 16-foot character overlooking EPCOT as an all-new attraction nears completion. Fans have eagerly awaited the latest updates on the projects currently in development at Disney Parks around the world. From the World of Frozen at Hong Kong Disneyland to the controversial closure of Splash Mountain at Disneyland Resort and Walt Disney World Resort to make way for Princess Tiana, Prince Naveen, Louis, and Mama Odie, many breathtaking changes 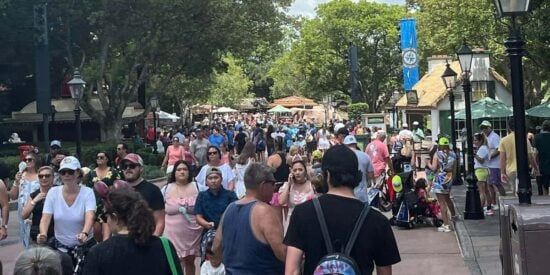 Psychology Says Disney World Is Getting to Unhealthy Level

The Disney Parks have always been a place of laughter, joy, and magic, but that idea has started to sound farther and farther from the truth in recent weeks. Reports of destructive and dangerous Guest behavior at the Disney Parks continue to roll across newsfeeds. Day after day, it seems like more and more Disney visitors are losing their minds, but what if there were an explanation for it? Credit: Inside the MagicCrowds are an inescapable factor when it comes to visiting any Disney Park. From D 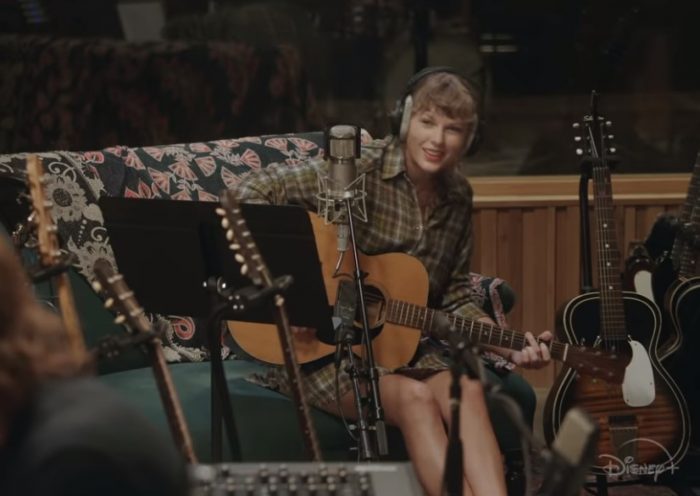 NEWS: Taylor Swift Will Direct and Write a Film for Disney

There’s no denying that Taylor Swift is one of the biggest stars around today. ©Disney She’s an accomplished singer and songwriter who has been in the spotlight since she was fifteen. And now, she’s getting ready to add another job description to her resumé as she prepares to direct her first feature film.  Deadline has reported that Taylor Swift will make her feature directorial debut with Searchlight Pictures. According to the report, Swift has written an original script that will be produced

This year surely went by in a flash! The 50th anniversary celebrations are winding down, and we are starting to see more and more in relation to Disney’s massive 100th anniversary party that kicks off in 2023.  Disney 100 Logo At D23 Expo We’ve been excited to see what Disney has in store for us when it comes to merchandise for the anniversary. We already saw some items at the D23 Expo this past summer, but what about in the parks? Now, we are getting our first peek at a brand new collection fr 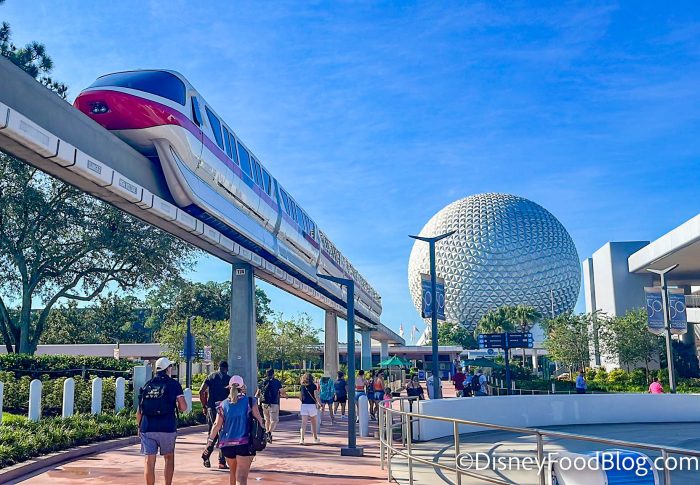 Are YOU up to date on all the latest Disney news? EPCOT Do you know about the important Genie+ change? The ticket price increases? And the Genie+ lawsuit? NO?! Well, it’s time to get caught up then! Join us as we go through the biggest Disney news from this past week. Ticket Increases and Changes An important ticket change is now live in Disney World. 1-day, 1-park tickets are now park-specific in Disney World. That means, instead of buying a single ticket at a single price and then making a Pa 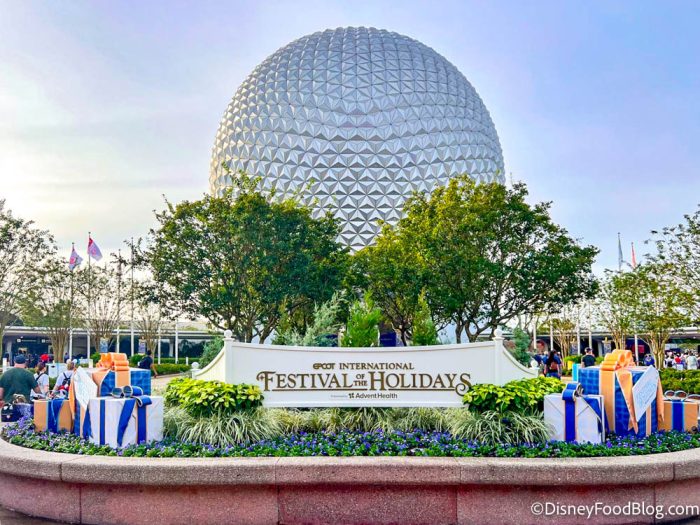 Do You Qualify for a 20% DISCOUNT at the EPCOT Festival of the Holidays?

Certain guests can save BIG at EPCOT’s International Festival of the Holidays this year. Festival of the Holidays The 2022 Festival includes more than 15 Holiday Kitchens throughout EPCOT, each serving unique holiday eats from around the world. Most of the snacks and treats (which come in tasting portions) cost between $5 and $10, but soon Disney World Annual Passholders will get a special DISCOUNT at the festival booths! Disney has announced that Annual Passholders will get a special discount a 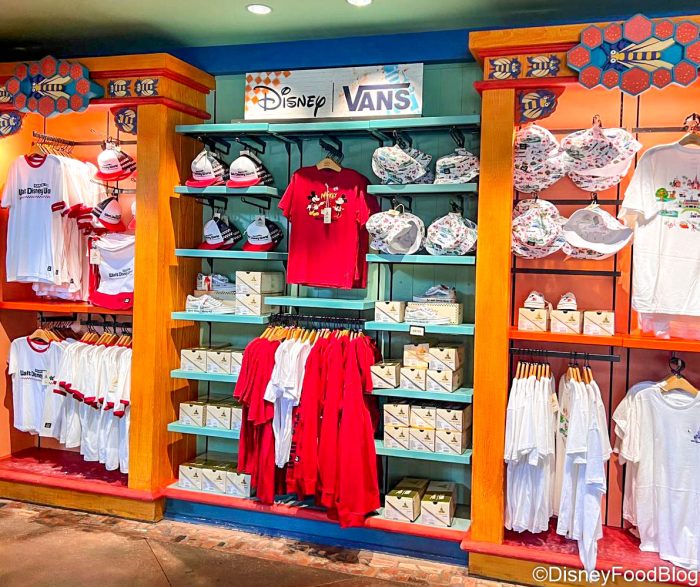 DISCLOSURE: This post may contain affiliate links, meaning when you click the links and make a purchase, we receive a commission. HURRY! shopDisney is having a HUGE sale on some of the most popular Disney merchandise, but it’s not going to last long. Disney Vans Collection The Magical Rush sale is happening right now, but it’ll only last until 11PM EST tonight (December 9th). Here’s a quick look at some of the best deals you can find online! The Magical Rush sale gets you 25% off select Disney 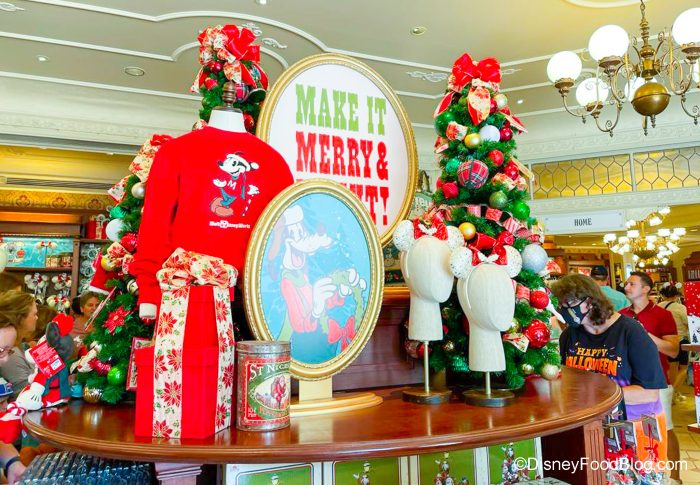 A Popular Disney Toy Is On SALE on Amazon Now (And It’ll Come Before Christmas!)

DISCLOSURE: This post may contain affiliate links, meaning when you click the links and make a purchase, we receive a commission. If you’re like us, you still have holiday shopping left to do. Yes, yes, many of us wait until that very last minute to order stuff online to get it shipped JUST in time for Christmas. Holiday Merchandise in Disney World Sure, you’ve taken advantage of some sales to grab spirit jerseys, Loungefly bags, and other items as holiday gifts (or for yourself). But now you 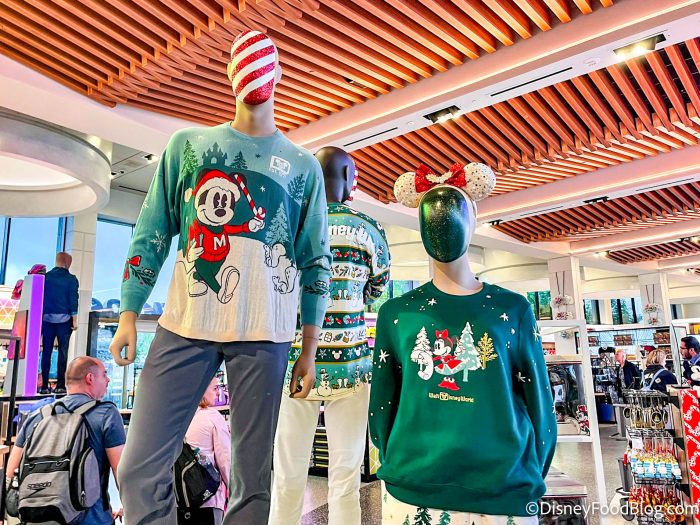 DISCLOSURE: This post may contain affiliate links, meaning when you click the links and make a purchase, we receive a commission. Have you started on your holiday shopping yet? If not, what are you waiting for?! Holiday merchandise in Disney World Shipping deadlines are approaching fast, and with delays at some companies due to high demand or supply chain issues, it’s better to play it safe and order gifts early. If you need some ideas for the Disney fans on your list, we’ve got you covered wi 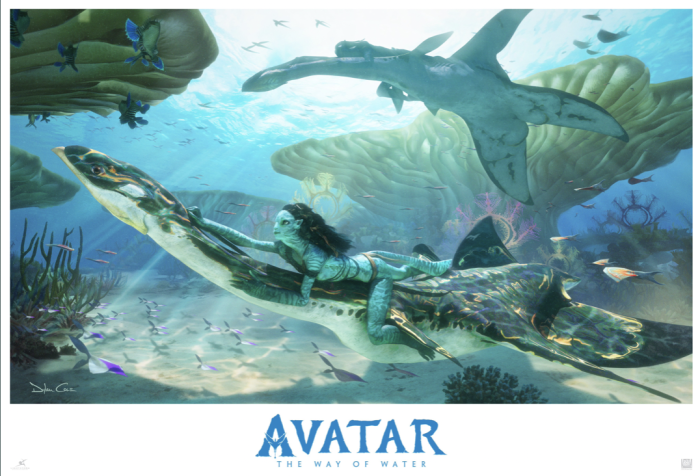 The NEW Avatar movie is coming out soon, and Disney’s Animal Kingdom has a few updates to celebrate the occasion! ©Disney If you’re excited about Avatar: The Way of Water‘s release on December 16th, you’ve got to see how the Tree of Life show in Animal Kingdom is going to CHANGE in honor of the film. Avatar: The Way of Water will be released in theaters on December 16th, and tickets are already available now. If you’re visiting Disney’s Animal Kingdom around the time of the movie’s release, you’ 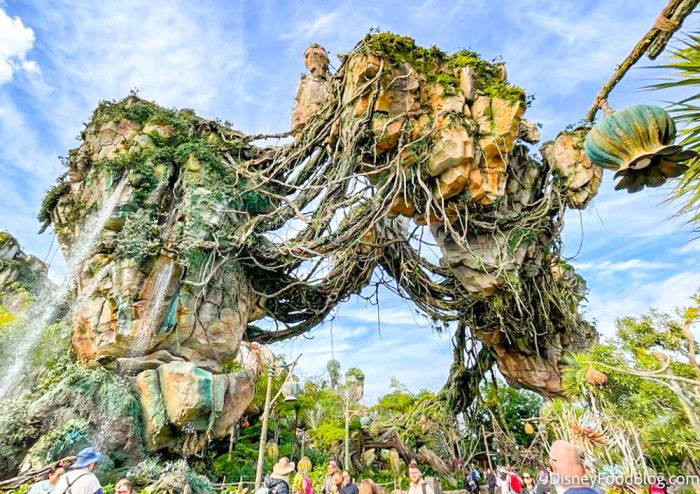 The highly anticipated sequel to Avatar is premiering soon, and we’re ready to party like the Na’vi. Pandora — The World of Avatar Pandora: The World of Avatar is one of our favorite lands in Animal Kingdom due to its immersive theming, stellar attractions, and delicious food. Speaking of which, Disney just announced that NEW menu items are coming to Pandora to celebrate the film’s release! Satu’li Canteen in Disney’s Animal Kingdom is one of our favorite quick-service locations in all of Disne 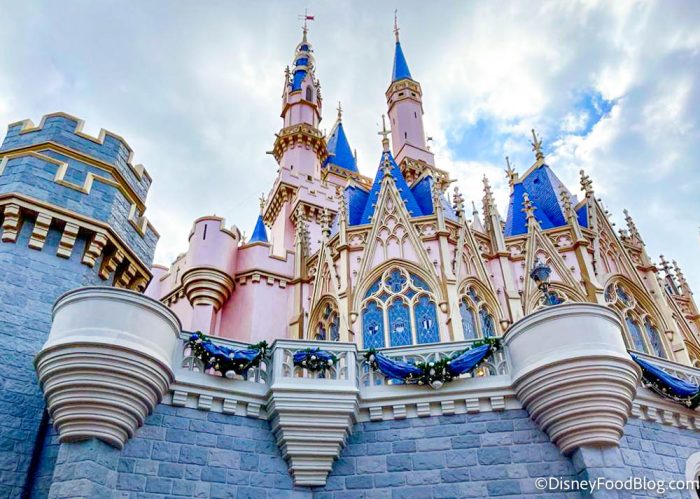 A RARE Sale Is Happening in Disney World Right Now!

DISCLOSURE: This post may contain affiliate links, meaning when you click the links and make a purchase, we receive a commission. It must be Topsy Turvy Day because Disney is doing something they almost never do! Some rare sightings in the park! Typically, if you want to get Disney merch on the cheap you should purchase it online instead of in the parks. But right now there are MULTIPLE sales on popular souvenirs in the parks! Bags, apparel, and toys are on sale at various retail locations at